Camping is such fun!

As a kid I didn’t go camping. It wasn’t a “thing” to do where I grew up. One time we did spend a weekend “Down The Islands”, but my memory of the weekend is lost. The only evidence of the trip is one picture I still have.

I did my 1st camping trip as an adult in April 2013, which was a postponed trip that was supposed to happen the weekend after Hurricane Sandy landed on the East coast. Except for the fact that it was WAY too cold, it was a great experience, leaving me wanting to do it again. What I didn’t want to experience again was sitting around a campfire trying (in vain) to keep warm and having the smoke invade my eyes, hair and clothing. YUK!!!! I realized during that trip that I really prefer drive up camping (because really, I don’t know how to go small) and having a raised platform on which to pitch a tent. The Mahlon Dickerson Reservation is small camp site with hiking trails. Its approximately 3 miles from the main highway, at which the turn off has a gas station, supermarket, etc.

My next camping trip during the summer of 2013 was combined with a white water rafting trip. After being on the LAZY river for 4+ hours, I was thankful I had already decided to stay at camp the night instead of driving the 3+ hours back to NYC. This time, I got a lean-to to stay in. By far, it would be my #1 choice. It rained heavily that night and I was really happy for my foresight to get a lean-to. These covered platforms protect you from the rain and probably some of the cold.

Those 1st two trips were not planned by me. I only had to show up at the designated location with all my gear. Since then I’ve tried to go camping at least once every summer and I absolutely love camping. I keep my eye out for specials new (or new to me) gear to add to my repertoire. It can take some effort to plan for three meals and snacks and how to keep ingredients cold for extended periods of time. It is all worth it though. 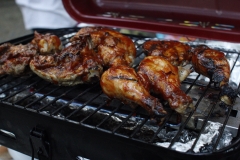 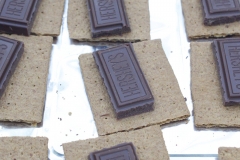 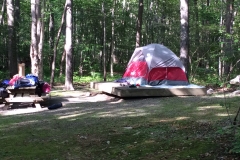 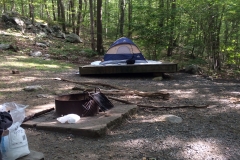